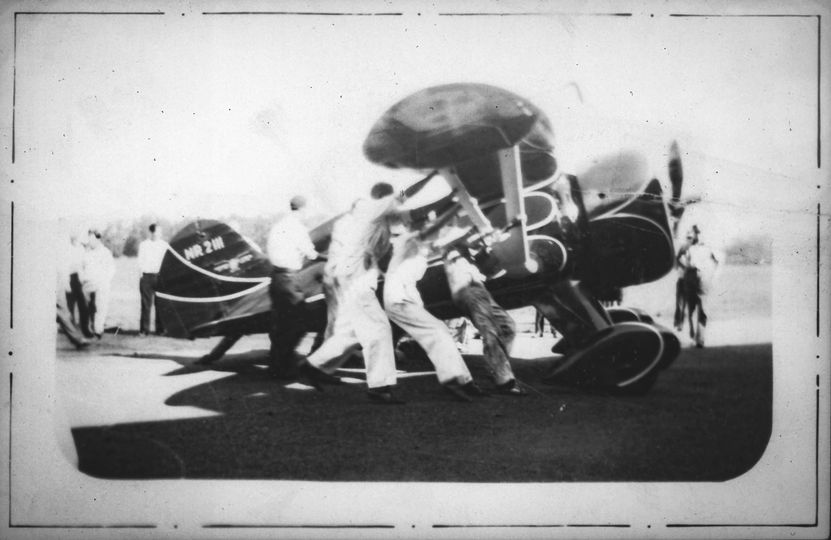 Exciting new photos added to The Hall Bulldog Project by historian Matthew Lawlor! This picture shows an enlarged rudder. We think this photo was taken at the airport in Harftord, Connecticut where, according to notes by Premo Galletti, the aircraft’s engine was under repair by Pratt and Whitney employees. He wrote “The last flights by Hall, Thaw, and Collins resulted in the decision to increase the amount of fin area & decrease the area on rudder.” That would mean this photo was probably taken on or around August 23 but if anyone has more details we’d love to hear from you!

Below are a few rough images but still the Bulldog. The first one came from the archives of the Springfield Republican Newspaper. Believe it or not thats the edited version so its clearer than the original scan. The other two are both from Cleveland. one all dressed up and the other “topless”