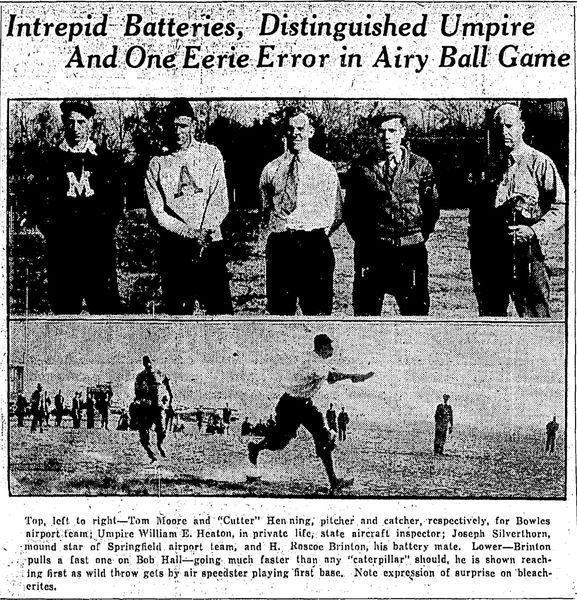 Many people have speculated over the years about bad blood and the level of fierce competition between the Granville Brothers and The Springfield Aircraft Company. While each camp certainly pushed the envelope to build the fastest plane in the sky, it was a battle of gentleman.

In the attached articles you can read about a fun evening in May 1932. When Bob Hall and the Bowles team stopped building airplanes for an evening to take on The Granville Brothers and other Springfield Airport regulars in a twilight game of Baseball. Spoiler Alert: Hall’s team crushed them 23-3!