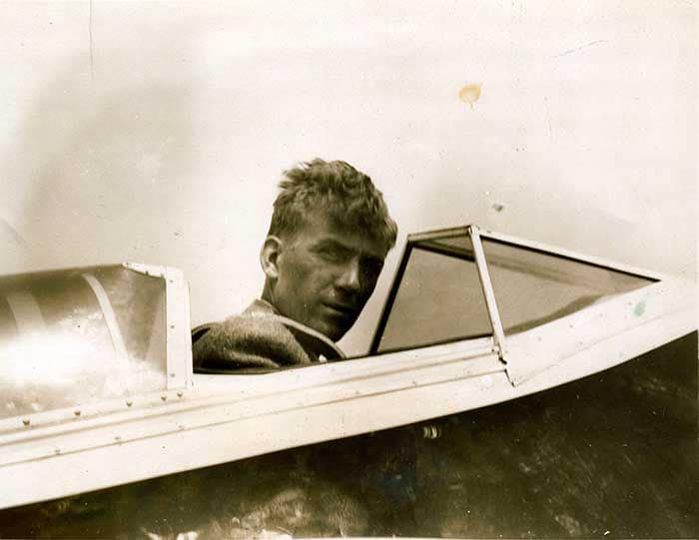 Only 3 individuals ever flew the original Bulldog. Bob Hall and Russ Thaw obviously, but also this man, Jimmy Collins:

Collins was the chief test pilot for Curtiss, but his personal politics and the depression forced him to leave the company. Following his departure, he travelled from place to place taking any flying job he could. In August 1932 Collins had come to Springfield in hopes of replacing an injured Russ Boardman in the cockpit of the Gee Bee R1.

Instead, Collins was invited to offer a 3rd neutral opinion on the V-2 Bulldog. Jimmy Collins was well known for taking jobs where designers specifically asked him to push their planes to test their durability. The Bulldog was no exception. Collins made at least 2 documented flights in the V-2, one in Hartford, CT after the original rudder was enlarged and a second in Agawam following the addition of a panel spanning the distance between the cockpit and top of the tailfin. His exact opinion of the craft isn’t widely known. Both Thaw and Hall have said Collins agreed with them in the planes design and abilities.

Collins was killed in March of 1935 while testing the prototype Grumman F3F-2. A book he had written titled “Test Pilot” was released the same year. It was said to be the inspiration for the 1938 Clark Gable, Spencer Tracy film of the same name.