The Original Bulldog in Action! 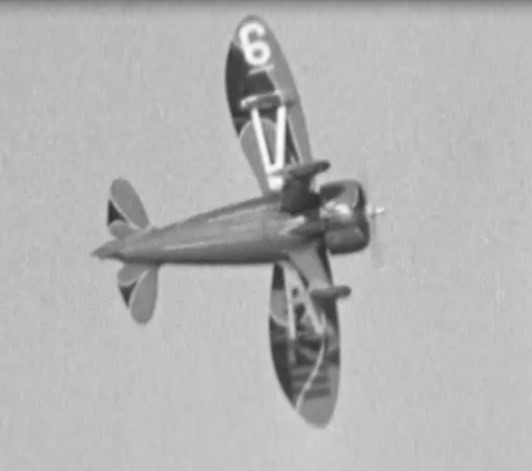 Special thanks to Jeffrey Compton for sharing a link to the University of South Carolina’s film reel on the 1932 Thompson Trophy race. Not only was a lot of this film reel entirely new to us, it HAS SOUND! What a find. Not only that, but the folks at the university sent us a high resolution scan and the detail is stunning. Below is a still shot of the Bulldog as it passes the grandstand and banks left to turn around pylon 1.

Thank you University of South Carolina!!