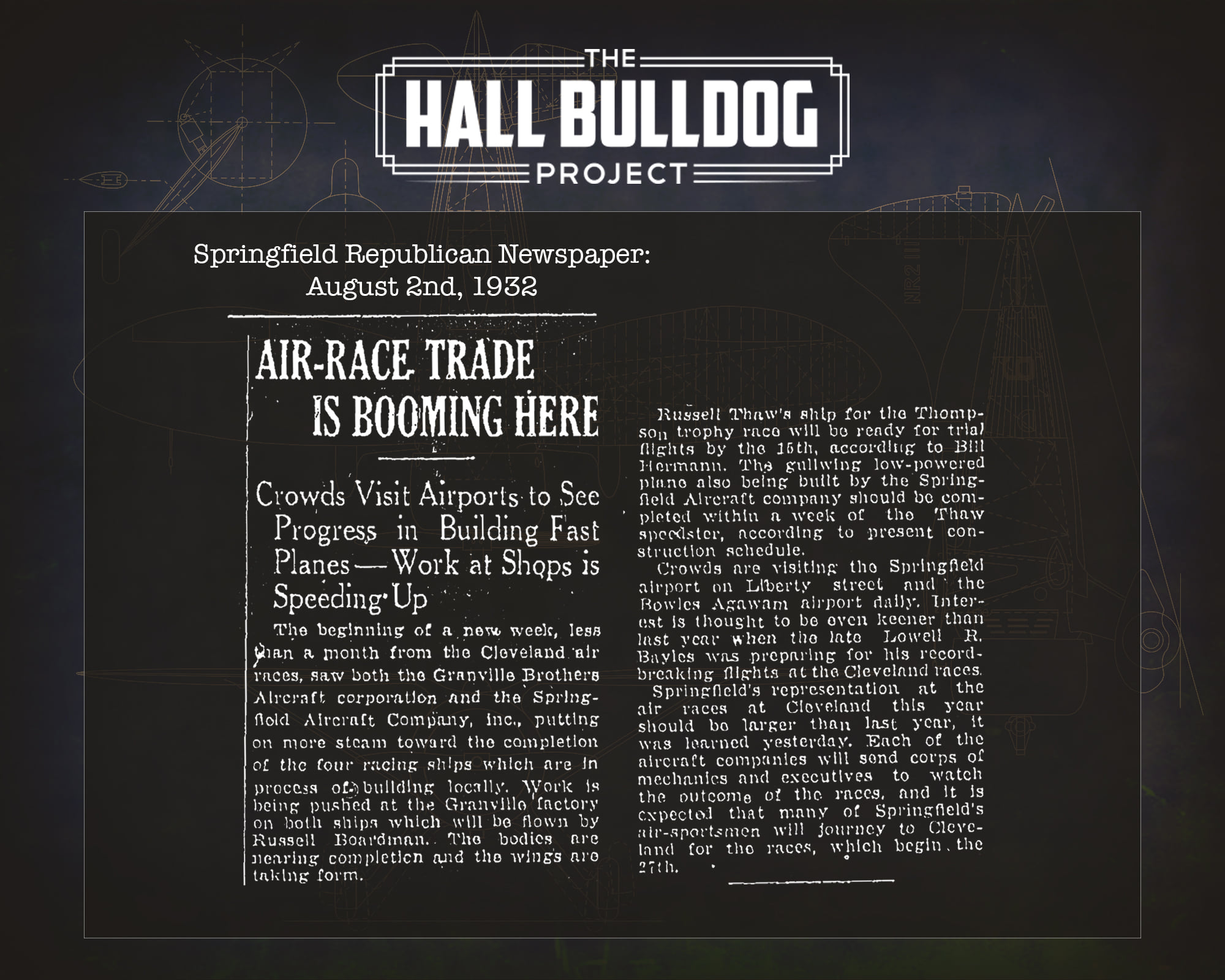 This article from August 2nd, 1932 helps to illustrate just how important air racing had become in the Springfield, MA area. Daily, crowds of people would show up at both local air fields. Trying to catch a glimpse of the work being done within the hangars of the Springfield Aircraft Co. and Granville Brothers.

This isn’t the same type of crowd that most of us are familiar with at our local airfield today. Curious spectators who sit along the fence line to watch the planes come and go. The Great Depression was entering its third year that August and many of those who came to watch Bob Hall and his team work did so because they were out of work themselves and had little else to do.

The success of Springfield based aircraft companies on a national level gave the many spectators something to look up too, a point of pride for them and their community. Possibly just a pleasant distraction from their own days. The planes represent so much more than just speed. They represented hope, and the dream of something better to come.