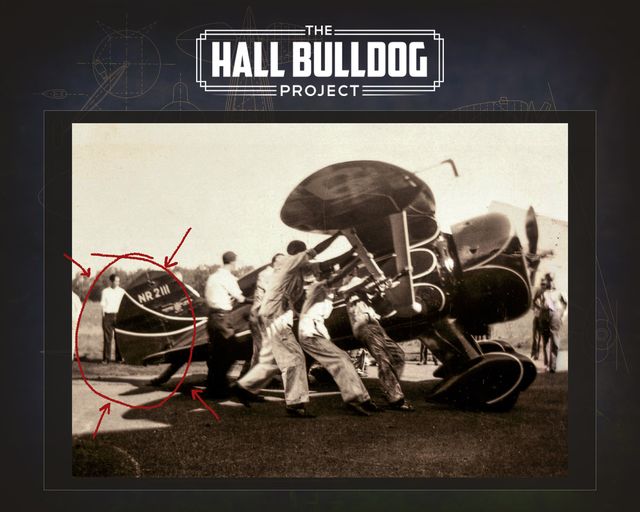 August 17th, 1932: The Bulldog remains grounded for the day as crews work to enlarge the rudder. While satisfied with his first test flight, Hall felt that the Bulldog could benefit from additional directional stability. Further work is done on the engine in an attempt to alleviate the overheating issues from the previous day.