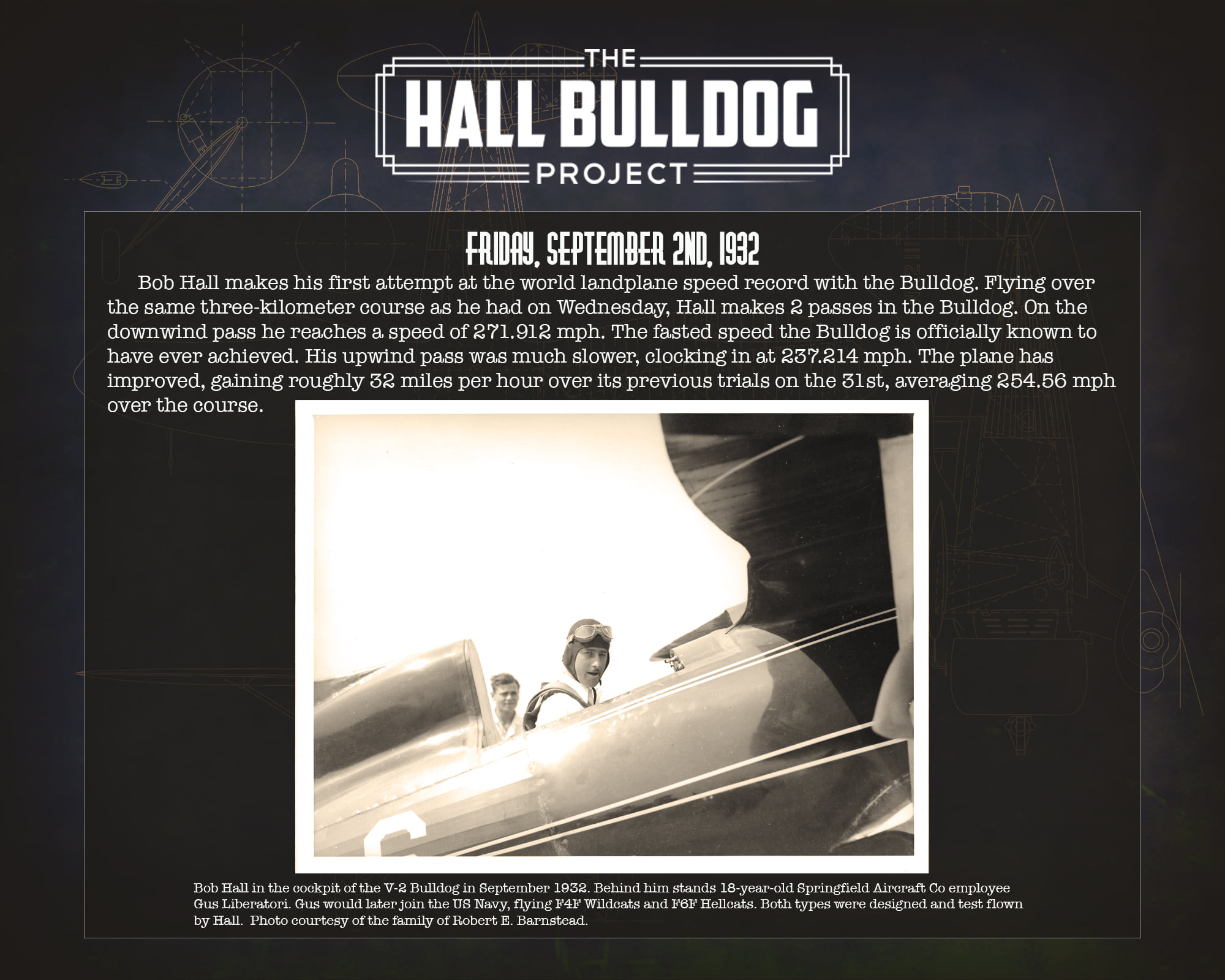 The man standing behind Hall in this photo is Augustino “Gus” Liberatori. Gus was only 15 years old when he earned his pilot’s license. At age 18, he began taking classes with the Springfield Aircraft Co. ground school. There he assisted with the construction of both the Cicada and Bulldog. When Hall closed the Springfield Aircraft Co. Gus joined the Granville Brothers for a time before they too went out of business.

Later in life Gus Liberatori would join the US Navy flight program where he would learn to fly the Grumman Wildcat and Hellcat. Both designs heavily influenced by his former boss Bob Hall. Gus would be assigned to the Navy’s flight school at Pensacola, Florida as an instructor. One of his star students during the war was Boston Red Sox Left fielder Ted Williams.