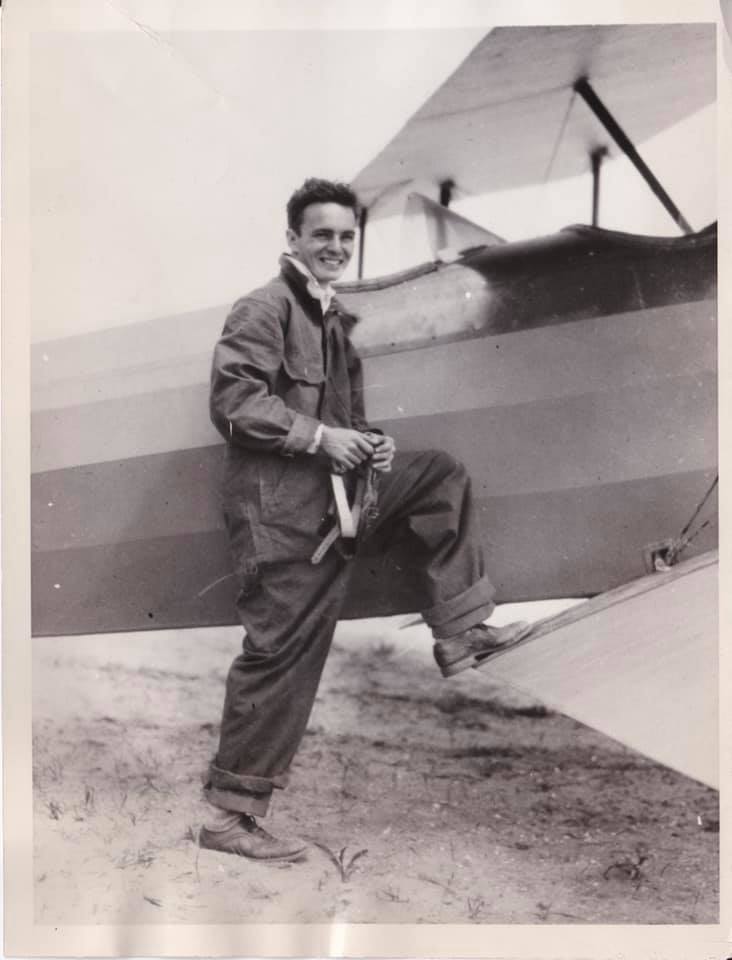 Russ Thaw earned his pilots license in April of 1929. By early 1931 he was participating in low horsepower air races. He’s shown here in February 1931 after winning $500 in a race from Roosevelt Field, NY to Newark, NJ and back. Successful races like this one, led Thaw to seek out Bob Hall to build the Bulldog in 1932.